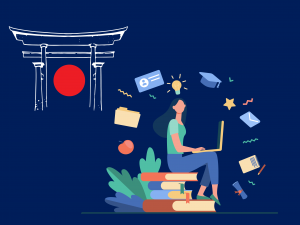 Ultimate Guide to Get Japanese Certification in 2022

Learning a new language has become the recent trend in the post covid world. Learning it from the comfort of home has become the new normal way of doing different things. While there are a variety of hobbies available for Indians, learning Japanese has always been the most opted one amongst many. Credit goes to the Internet that it is possible to learn a new language online. Additional perks of gaining certification for the Japanese language are also one of the benefits of learning Japanese online.

What are Japanese Language Certification?

Many institutes conduct virtual training courses to teach the Japanese language. A few of them also offer Japanese language certification online on completion of the course with a good score. While there are various levels involved in each certification programme, most institutes mainly focus on educating people with industry-standard language and vocabulary. One of the most famous tests often taken by many is the Japanese Language Proficiency Test, also called the JLPT.

Language institutes offer many types of certifications, each having its own curriculum, syllabus, tenure and levels. For example, the Japanese Language Proficiency Test is a five-level course, each level having its own complexity. More focus is provided equally for reading, writing and listening skills to ensure the candidates get a comfortable environment when conversing with a Japanese native. Other tests like NAT Test, attended by many to obtain a certification in Japanese language, contain five levels similar to JLPT. However, they focus more on the accent followed by Japanese native speakers in addition to developing reading, writing and listening skills.

Though JLPT has remained the common and frequent choice amongst many, there are other certifications as well, which are considered to be one of the eligibility to grant visas to foreign nationals in Japan. The immigration team accepts the below certifications in addition to the JLPT for the purpose of visa application:

Most of the certifications offered by Japanese institutes, including JLPT, contain five levels. These include N1, N2, N3, N4 and N5. Each of these language levels has its own complexity. For example, the JLPT N5 certificate is the easiest and easy to crack with a good score. However, as we move down the scale, the complexity increases and the N1 certificate is the most difficult to obtain. Due to its inbuilt complexity, each certification level takes its own time to complete. Hours of reading, listening and speaking are required to learn Japanese and gain the certification properly. Other tests like NAT also come with a five-level learning pattern which is almost similar to the JLPT certification test.

The examination contains multiple sections, which we will see in detail below, totalling a score of 180 at each level. For levels N1 to N3, below are the classification of the major sections in the examination,

For the levels, N4 and N5, below are the sections involved,

In addition to obtaining the minimum overall score to pass the examination, the minimum section score is also needed to be achieved.

The JLPT examination has become quite famous because the examination can be taken from multiple locations across the globe. Within India, 8 examination centers are allotted where the candidates can book a slot based on their convenience. Below are the centers where the Japanese language exam can be taken in India:

Candidates who wish to apply for the certification have to pay Rs. 1600 to register for the examination. When comparing this cost with other equivalent certifications, JLPT remains to be the cheapest, well recognized and has good cost benefits. The registration fees can be paid online or via physical cash or cheque in the respective examination centers.

As the world economy becomes more global, it makes perfect sense to use language as a tool to diverge and expand business options. Instead of trying to find a company owned by an American or expecting a colleague to understand you, it’s easier to learn a language. You will find that learning at least another language can significantly improve your work outlook.

Learning a new language can be difficult, but having English as your mother tongue already brings you clear benefits. English is one of the most difficult languages ​​to actually learn. However, new languages ​​can be intimidating, just because they are very different from what you are used to. However, once you start learning some Japanese characters, you will be surprised at how easy it is to remember with regular practice. Many people start with the Hiragana alphabet first. Therefore, if you plan to be self-taught, consider learning these letters first.

Except for Japanese enthusiasts, or those who are devoted to everything in Japanese, learning about the Japanese language and culture can motivate individuals to learn about other Asian countries and cultures. It is not uncommon for someone to learn Japanese first and then move to Chinese, Korean, Vietnamese, or Thai. This will greatly enhance your understanding of East Asian languages ​​and cultures.

Japanese schools boast high levels of learning at all levels of education. If you are interested in studying abroad, Japan is the best choice. Of course, studying in another country is most beneficial if you speak their native language well. Therefore, before making this effort, make sure you are familiar with all three Japanese writing formats (Hiragana, Katakana, and Kanji).

When you learn Japanese, you will learn a lot about Japan itself. Learn about national history and dialect differences between regions. You will also learn how to use words that are unique to Japanese customs and culture. This allows you to slowly open up and learn about Japan, its people and their culture, and a richer and more interesting history than you can imagine.

For many users in Western Europe, the Internet is an “English only” reality. Therefore, it can be inferred that Japanese citizens participate in online activities as often as Americans. But that is very inaccurate. Japan has the most internet-savvy population in the world. There is a simple reason why the interaction between the Japanese and English-speaking Americans is not so good. These people often use Japanese sites. By learning Japanese, you can navigate these places physically and virtually and find new friends to interact with.

If you’re a Jpop (Japanese pop music) fan but don’t speak Japanese, you are missing out on the full enjoyment of the music you like. You might think it’s enough to hum along with the song and sing all the English lyrics and words used in the song. But when you really can understand the meaning and emotions behind a particular song, it turns out to be a completely different experience. The same is the case with Japanese movies as well.

We have compiled a few websites that provide learning material and Japanese certification below. Candidates who wish to pursue the examination can register on any of the below websites to learn Japanese with certification. Please note that proper research is needed to understand if all your requirements are met on these sites:

Yes. There is a special testing facility for people with disabilities. Check with your institution that is conducting the exam in the country/region where you wish to take the exam. Suppose you wish to set up a special examination accommodation facility. In that case, you need to submit the “Special Examination Accommodation Facility Application Form” together with the application form at the time of registration.

The exact same test questions for each exam will not be published. However, since the Japanese Language Proficiency Test was revised in 2010, the official practical workbook for the Japanese Language Proficiency Test has been published in two volumes. Official Practical Workbook published in 2012, and Official Practical Workbook Vol published in 2018. It contains questions selected from the questions used in the tests since the 2010 revision at all levels, and the number of test items included is roughly equivalent to the actual test. Sample questions based on previous test questions will be published regularly in the future. The release schedule will be announced on the JLPT official website.