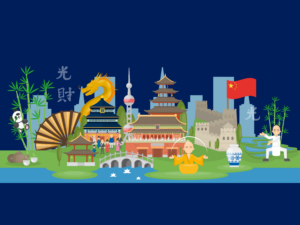 Even though Mandarin is a tonal language, the pitch of a sound can affect its meaning. In Mandarin, there are six tones: high, middle, low, rising, falling, and neutral. Mandarin speakers tally for a sizeable chunk of the world’s population. Apart from China, Mandarin is spoken in a lot of different countries. Even though China is so large and diverse, linguists have divided the Chinese language into four groups: Mandarin (Northern), Wu (Western), Min (Southern), and Yue (Southern) (Southeastern). Each of these dialects is said to have its unique sub-dialects as well. Mandarin, in particular, isn’t supposedly a language as such instead, it is a group of dialects of the Chinese language. These basic mandarin words are said to come in handy for communicating with people in there whenever you find yourself in china or for connecting with the speakers of this language. These are some easy Chinese words, unlike some Chinese words, which are much more challenging to learn or grasp as a beginner.

To begin with some of the basic Chinese Mandarin words, we have:

These are the top basic Mandarin words one should know to live in china or to communicate with people speaking the mandarin language. These are only a few of the Chinese words listed. Further on, many apps provide classes on the mandarin language for beginners, so if you are looking for such apps, here are a few that are definitely worth giving a shot at. These apps are highly recommended if you plan to improve or learn more words and phrases of basic Mandarin words.

What are Mandarin Words?

Mandarin words are logograms used in Chinese writing, more like an alternative for alphabets like in most languages worldwide; every logogram is different and has its specific meaning. Chinese is the oldest language of all time; it is said to have around 500 thousand words, and only approximately 370 thousand are in the most prominent Chinese dictionary. The Mandarin language logograms are also said to have influenced the making of many other east Asian languages. Japanese, for instance, is said to have many words that are derived from Chinese, making it related to most east Asian languages. Just like in any other language, the tone of your voice adds to the meaning of mandarin words. The only noticeable difference is that the mandarin language tone has names unlike most the languages like English. The Mandarin tones are divided into 5, which are the First tone, Second tone, Third tone, Fourth tone, and Fifth tone.

There are around 500 thousand Mandarin words in total, of which the most commonly used ones are as follows:

Meaning: To wipe or to erase

Meaning: To eat until full

These are just a few common Mandarin words commonly used among the speakers of this language.

Mandarin Chinese is the world’s most complex language to learn, even though it is also the language with the most significant number of native speakers across the globe. However, there are several tips that you can follow to learn this sophisticated language with ease; few of such recommendations are:

Mandarin language is age-old and has its values and beauty. It will always be something you will not regret learning. As it is the most complex language in the world, don’t expect it to be a simple task. Remember the points mentioned above and follow them. Take your time with it, be patient and don’t be hasty. Every language has its beauty. Therefore, it’s all worth the effort. Wish you good luck on your journey to be able to learn the language. Check Curiotory’s page for more info on learning Mandarin, or get in touch with our Experts!

What’s the origin of Mandarin?

During the Qin era, Mandarin first appeared in northern China. Numerous dialects were being used at the time all around the nation. To further bind the nation, the ruler Qin Shi Huangdi sought to standardize the language, and Later, in the 20th century, the Chinese government officially standardized it.

What is the difference between Mandarin and Cantonese?

Here are a few differences between Mandarin and Cantonese:

What are the different classified tones of the Mandarin language?

What would I benefit from learning Mandarin?

One of the most widely used languages is Mandarin. You can communicate with more than 1 billion people by studying Mandarin. Additionally, Mandarin is a relatively compact language useful in business and other professional contexts. Overall, studying Mandarin can give you a rare chance to interact with a wide range of people, understand another culture, and develop your professional abilities.