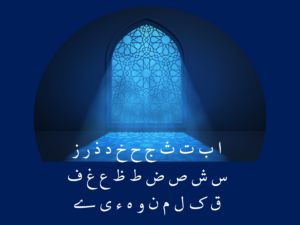 The fourth most widely used language worldwide is Arabic. Ethnologue estimates that 58 countries and 315 million people speak Arabic as their mother tongue. Being able to speak beautiful Arabic words will set you out from the crowd because only a few Westerners are native Arabic speakers. Learning a language involves becoming familiar with the culture of the nation where it is spoken. Arab culture is fascinating and rich. Reading some of the well-known classic literature will be made possible by learning the best Arabic words.

Additionally, you will comprehend the importance they place on principles like courtesy, honour, and decency. If you can read the Qur’an and comprehend its teachings, learning a list of beautiful Arabic words will also help you comprehend Islamic culture and values at large.

What are Arabic words?

The largest Arabic dictionary contains more than 120,000 words, and it is estimated that there are millions of words in the Arabic language overall. The good news is that you only need to know about 5% of all Arabic vocabulary in order to be fluent in the language, despite the fact that this can seem like a very large and intimidating quantity to someone just starting to study Arabic. To be able to compose basic Arabic sentences and conduct natural discussions in Arabic, one must just know the daily use of Arabic words.

Before getting too deep into the language, however, let’s start off with the basic Arabic words in English and the most used Arabic words that young Arabs use today. Arabic basic words that indicate action, also known as verbs, must definitely be included in the list of Arabic words for beginners because they are commonly employed in daily interactions.

This is a general salutation in simple Arabic words that may be abbreviated to just “salaam,” which means “peace,” and it is favourably appreciated almost everywhere. Even if you immediately transition to English, beginning your talk with a local greeting shows respect and friendliness. “Wa alaikum salaam,” which means “peace be upon you as well,” is the proper response.

Without this word, the list of common Arabic words is unquestionably incomplete. On your approach to breakfast, you might say “sabah al-khair,” or “good morning,” to your neighbour and receive a groggy “sabah al-noor,” or “morning light.”

The phrase “thank you” is one of the most used Arabic words, and seasoned travellers know how important it is to learn it everywhere they go. You’ll almost probably get an enthusiastic “afwan” in reply, which means “you’re welcome.”

While you are on vacation, the Arabs will serve you the most appetising meals. The very least you could do is to express your appreciation for them in their own language and put a smile on their face. When you like their food, this beautiful Arabic word “lazeeza” is appropriate!

The stunning natural sight of Arab, which is all shades of green, is rendered even more spectacular by the ominous brown desert in the background. A child beside the river pulls a flopping fish with a homemade rod as a flock of snow-white egrets take off suddenly from the reeds. You can see why people are drawn to the river valley when you consider how little this scene has altered over the many millennia since humans first inhabited there. Beyond the fact that it sustains life, it is wholly Jameela!

In place of a straightforward “yes” or “no,” this phrase is one of the basic Arabic sentences that is frequently used to answer various queries. Tomorrow’s weather: Will it be nice? If Allah wills. Will the ship leave on time? If Allah wills. “Insha Allah” is the response to even a simple goodbye like “see you tomorrow.” Though the phrase appears to imply that nothing occurs outside of God’s will, in reality, it allows the user to express their hopes that something might occur while conveniently removing responsibility for any particular outcome. Once you become familiar with the expression, you will hear it frequently and might start to value the informal advice to be open-minded and expect the unexpected.

An excursion with a guide is frequently considered the high point of seeing Arabs. Each new monument is contextualised and interpreted when you go on an exploration with one of these specialists with competence, compassion, and critical thought about what these sites signify for the community and the rest of the globe. Every morning begins with a description of what you will see, followed by a wave and a brief “yalla” from your guide, which means “let’s go.” We recommend that you connect the phrase with the exhilarating prospect of novel encounters.

Congratulations! You’ve chosen to study Arabic. This is a difficult yet worthwhile endeavour. There are strategies for getting proficient in a new language. You study vocabulary, verb tenses, syntax, and sentence construction before practising what you’ve learned. You fully ingest the new language. You immerse yourself in the new language by watching movies and listening to music, practising your speaking skills frequently, and interacting with native speakers. You’ll soon have a basic command of the new language and be beginning to speak it fluidly. Ideally, that is the case.

For natural English speakers, however, learning Arabic might bring certain particular difficulties that can impede the process. For instance:

Fortunately, there are actions everyone may take to make learning conversational Arabic easier. It will require effort, commitment, and time, but it is unquestionably possible. Steps:-

Instead of learning the Arabic alphabet first, it is simple to fall into the trap of trying to learn beautiful Arabic words through transcribing words. Remember how we taught English in school? You first learn your alphabet, then how to put those letters together to make words, then how to construct sentences, and finally, learn more about appropriate syntax and grammar. You’ll only move more slowly if you take shortcuts.

As simple as this process may seem, it is not. Arabic basic words are typically arranged in Arabic dictionaries around three-letter roots. You must know a word’s root and initial letter, which need not be the same as the first letter of the term, to search it up. It takes practice to use a dictionary, but the sooner you master it, the better. It will simplify and improve the experience of the whole thing.

This is an essential stage in learning any language, but it becomes even more crucial while studying Arabic. The most effective approach to learning a new word is combining the four senses—seeing, hearing, writing, and speaking. Watching children’s television in a foreign language is one technique for beginners to practise the language. You’ll eventually be able to turn off the subtitles while maintaining comprehension of the dialogue.

However, sight and sound alone are insufficient. It’s crucial that you communicate with others through the daily use of Arabic words. If you don’t know any native Arabic speakers, it could be challenging to find a conversational partner. Thankfully, there are several ways that contemporary technology can help with that issue. It’s now a lot simpler to discover teachers who will guide you and assist you in your studies, thanks to the abundance of Arabic study groups available online. Use these tools to your advantage. The more you practise, the quicker you’ll pick things up.

These actions are merely the first ones. Learning Arabic is straightforward to start but difficult to complete. Although learning the language will take years of study, conversational abilities can be attained rapidly if you put effort into it.

Why not visit our website if you enjoyed this article and want to learn Arabic? If you are seeking more organised and focused Arabic language classes. Do not look anywhere else! For your additional questions, check out Curiotory’s Arabic classes or get in touch with us.

1. What are some common emergency phrases in Arabic?

You can use the following basic Arabic sentences to help yourself out in a pinch:

■I have a fever-Endee Humma

■I need a doctor-Ahtaj Tabib

■The pain is here-Al Alam huna

2. What are the BASIC ARABIC WORDS FOR BEGINNERS?

In Dubai, saying “affwaan” is a common way to leave a dinner table or enter the middle of a crowded area. You can broaden your knowledge of Arabic by learning the following additional words and sentences:

3. What is the most used Arabic word?

Insha’Allah is one of the most used words in Arabic.