Learning a new language is always exciting. Today we will talk about the Korean Language, one of the most popular languages across the world in recent times. There are 78 Million people worldwide who speak the Korean Language. In this blog, we will discuss the ways to learn the Korean alphabet easily and effectively. 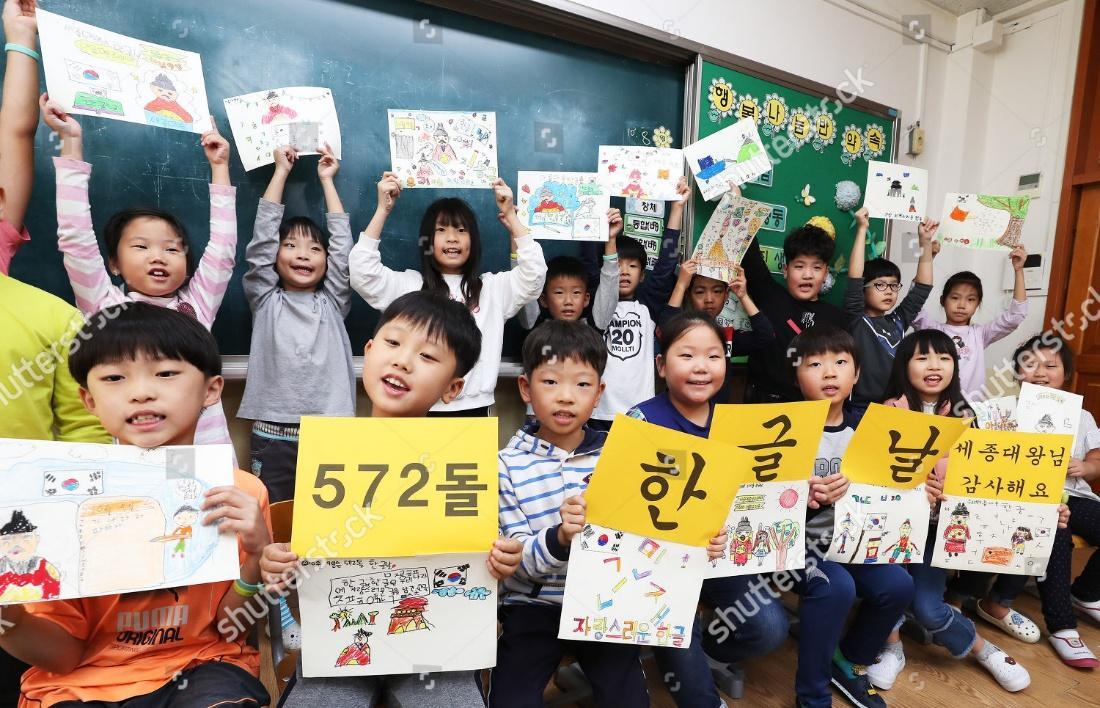 The Korean writing system was created by King Sejong the Great.

The Word Hangul originated from the Chinese.

Before the invention of Hangul, Koreans used the Chinese language.

With this new word, many other double consonants and complex vowels were created. This new language was named ‘Hangul’ and was used by people of all classes.

In earlier times, Korean texts were written from right to left, just like ancient Chinese. However, with time it changed, and now it is written from left to right.

Why learn the Korean alphabet?

Why learn Hangul? Let’s find out. South Korea is one of the growing and most developing economies in Asia and the world. Learning the Korean language/Hangul can help you grow your career and business.

And on the fun side, learning the Korean alphabet can help us understand k-dramas and many Korean shows.

How many letters are there in the Korean Alphabet?

The Korean Alphabet has fourteen Consonants and ten Vowels.

There are thirty eight letters in total in the Korean Alphabet, which include double consonants and vowel combinations.

Korean alphabet A to Z:

How does the Korean Alphabet work?

Let us now learn how the Korean alphabet is pronounced. It will seem a little difficult to learn the Korean language alphabet for beginners, but you will learn it slowly and nicely. Let’s get started.

Korean alphabet chart and its pronunciation

There is one important rule for Vowels in the Korean language. For every Vowel in Hangul, ‘ㅇ’ is added before it. ‘ㅇ’ is silent.

Korean Vowel’ ㅡ’ – this sound does not exist in English. Best way to describe it is as when you are surprised, ‘uh?’

There are 5 Korean Double Consonants.

Korean Double Consonant’ ㄸ’ – makes the sound as ‘to in ‘kitten.’

There are 11 Complex Vowels in Hangul.

Korean Complex Vowel’ ㅙ’ – makes the sound of ‘we’ in ‘wedding.’

Korean Complex Vowel’ ㅟ’ – makes the sound as the word ‘we.’

Now learn a few words in the handful, how they are pronounced and what they mean in English.

토마토 (to ma to) Tomato

How long does one need to learn the Korean language?

• With 1-2 hours of practice every day, you can learn the basic Korean language in 2-3 months. And within 6 months, you will be able to make simple conversations in the Korean language.

It is not as complex as you think. Korean alphabets’ pronunciation is similar to many English letters and words.

There are many online learning services available where you can learn the Korean language/hangul.

• It is often said, “Practice makes a man perfect.” This is very true, and the same is the secret to learning Korean.

• With everyday training and practice, one can learn Hangul easily.

• At first, you will find it complex and difficult. But it is actually easier than you think.

• First, you have to choose your learning platform. Be it any online class or from any website or book.

• Start from the basics and try to memorize the Korean alphabet as pictures.

• Make sure you take note of every alphabet you learn. Write them down in a notebook.

• After the alphabet is completed, move on to some simple words like mom, dad, hello, thank you, etc.

• You will have to practice for 1-2 hours every day and keep up with consistency. Only then can you learn it quickly.

• Keep using simple Korean language in your conversations with your family and friends.

For beginners, it will be a little difficult, but with time and practice, you will get used to the alphabet and words. Korean Alphabet and Hangul letters may look complex but are easy to learn.

You can learn Korean like any other language. Start with the basics and then slowly you will become fluent in the language.

1) How many letters are there in the Korean alphabet?

• There are 24 Letters in the Korean Language. 14 Consonants and 10 Vowels.

2) What is the Korean Language called?

• The Korean language is called Hangul. It is also pronounced as ‘Hangeul’. So the word ‘Hangul’ can be used in place of ‘Korean Language’. The Hangul writing system is used in both North and South Korea.

3) Who created Hangul, and when was it created?

• Hangul was created by the Korean King, Sejong the Great in 1443. King Sejong wanted to create a language which could be read and written easily by people of all classes.

4) Is it difficult to learn Hangul?

• It is not difficult to learn Hangul. With some practice, you can easily learn Hangul. The Korean alphabet is pronounced similarly to English. Therefore, making it easy to learn.

5) Are there any Complex Vowels and Consonants in Hangul?

6) Which is the best platform to learn Korean?